Please note flash is required to use the features of this site. Please update your flash player.

Have you been using British Library Sounds? Tell us more about your research.

When photography tutor Amanda Broadley discovered the Art and Design Interviews she decided to use them to create a learning package introducing her Level 2 students to a project researching famous photographers.

"I found the audio fantastic to work with," she said. "When students do their research on the internet, more often than not it's American photographers that they find. Archival Sound Recordings was good in that it showcased British photographers. The realism of it inspired students and encouraged them to source other material beyond Google searches.

Amanda created a PowerPoint presentation that can sit on a VLE (Virtual Learning Environment) allowing students to work through it independently. The package showcases three photographers and included examples of their work and excerpts from interviews. She found the audio helped students engage with the subject material.

"These interviews are straight from the horse's mouth - photographers and artists talking about their own work and influences. As a tutor I maybe too often stand there and give my opinion about somebody's work. Listening to interviews allows students to hear from the photographer themselves what's behind the images."

"This is a fantastic way to bring artists' work to life for students."

Urban sounds and the brain

If asked to think about urban soundscapes, the majority of people imagine noisy traffic, sirens, loud parties and other intrusive, undesirable sounds of the city. The Positive Soundscapes Project has set out to challenge this negative perception of the sounds of the city. The project brings together researchers from a wide range of disciplines - from social science to psychoacoustics to sound art – with the aim of exploring how the auditory environment affects people living within it.

One such expert is research fellow Dr Amy Irwin from the MRC Institute of Hearing Research. She set out to assess the impact on the human brain of sounds perceived as either pleasant or unpleasant.

Hunting for sounds of the urban environment, Dr Irwin found a range of recordings from Soundscapes and British wildlife recordings on Archival Sound Recordings. "The website is very user friendly, and being able to download the clips directly was a great time saver." says Irwin. "The variety of sounds available was also useful. Combined with the soundscapes I found from other private sources Archival Sound Recordings provided for all of my needs."

Participants were asked to rate 150 recordings for 'pleasantness', whilst undergoing an functional magnetic resonance imaging (fMRI) scan. Results showed that ideas of pleasantness varied on an individual level: some sounds such as vomiting were universally rated as unpleasant, while others, like urban fox calls, varied depending on the individual. However, sounds which evoked a strong emotional response - either pleasant or unpleasant - all resulted in activity in the amygdala region of the brain, which is known to be associated with emotion.

Understanding how the human brain responds to different types of urban sound is an essential part of the Positive Soundscapes Project, which aims to devise ways to incorporate positive soundscapes into urban planning and design. 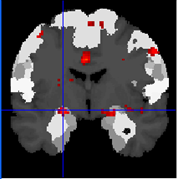 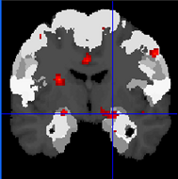 I Hear a New World

As part of his work with the University of York Sound Archive's digitisation project, PhD student Ewan Gordon has been developing a thesis on sound recording history and the development of stereo.

"The Oral history of recorded sound collection on Archival Sound Recordings provides valuable interviews with those directly involved in the development of stereo recording technique and commercial decision making, says Ewan. "As periods of technical experimentation, the processes are often poorly documented and these first hand accounts provide an invaluable insight into the methods employed." says Ewan.

The recordings document a swathe of developments across the 20th Century, from early experiments by Arthur C. Keller and Alan Blumlein in the 1920s and 30s, to the possibilities for multi-track magnetic tape explored by The Beatles.

Ewan has been exploring a range of interviews to piece together the story of stereo. "Since Alan Blumlein died during the war, interviews with his son Simon and personal friend J.B. Kaye have complemented written sources regarding the Blumlein's audio patents, whereas interviews with Arthur Haddy provide valuable information about the recordings made with Sir Thomas Beecham at Abbey Road Studios. Together these recordings detail a fast moving period of development within the British recording industry and bring the story to life."

Ewan is currently in the second year of his PhD, and the Oral history of recorded sound has helped shape the direction of his thesis. "The collection allowed me to make valuable connections between the often lesser documented technical staff and place their roles in context. This has opened new avenues for investigation and has guided and prioritized my research planning at other British archives." 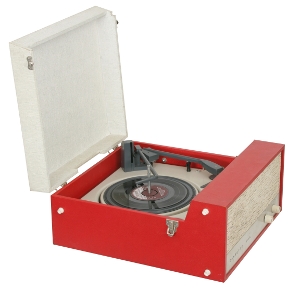 In 1967, the central government of Uganda abolished the historic Bantu kingdoms that had for centuries formed the regional administrations of the country. Once the kingdoms went, generations of musical and cultural lore associated with the Royal Courts fell into disuse.

In 1993, the government restored the kingdoms, and the reinstated King of Bunyoro-Kitara is now tackling the daunting task of recreating the institutions, articles and music of the regional heritage.

After discovering old recordings of this music in the Klaus Wachsmann Uganda recordings collection on Archival Sound Recordings, Sheffield student Samuel Kahunde decided to base his PhD thesis on the subject. In a fieldwork trip last June, Samuel visited the royal court to discuss the recovery of this music with the King of Bunyoro-Kitara.

He found that many kinds of music are now extinct - the instruments may be preserved, but nobody knows how to play them any more. Other musical forms are still alive, but have suffered greatly from the 26 year gap, with only a few elderly practitioners left, trying to teach young musicians who have never experienced how the music should sound.

The Wachsmann recordings are providing a pathway to rediscover the music, according to Samuel. "I am looking at issues of preservation and authenticity in the revival of the royal music of Bunyoro. I get information through listening to the music recorded from different regions of Uganda, allowing me to compare the music across diverse cultures." says Samuel. "They are also useful in making comparisons between traditional music in the 1940s and later periods. This has provided me with new leads for research."

Samuel also worked with a group of young Amakondere trumpet players, playing them Wachsmann recordings and allowing them to hear for the first time how the music used to be played. The musicians have asked for copies of the recordings in order to study the music in more depth.

On his next trip to Uganda Samuel will continue to work closely with the Royal Court. It's a huge job, and one that looks set to continue well beyond the confines of a PhD. 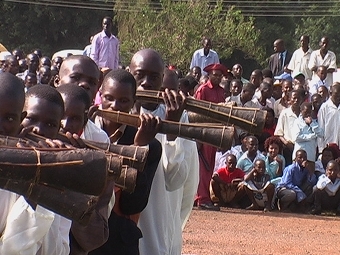 You have been logged out of the system due to inactivity.